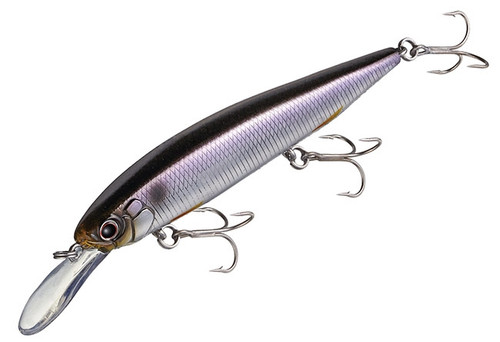 The Evergreen FA-87 is a jerkbait lure designed to mimic dying or injured baitfish that bass feed upon. Designed in the image of it's predecessor the FA-115, the FA-87 provides the same long casting distance and erratic action, but now displays a tighter wobble that generates more vibrations through the water. When fished with twitches of the rod tip, the FA-87 jerkbaits display a unique wide-angled dart action that compliments that tight wobbling motion. Imparting a cadence of twitches and pauses will allow the bait to present the full range of movements that are intended to mirror those of injured and struggling baitfish.