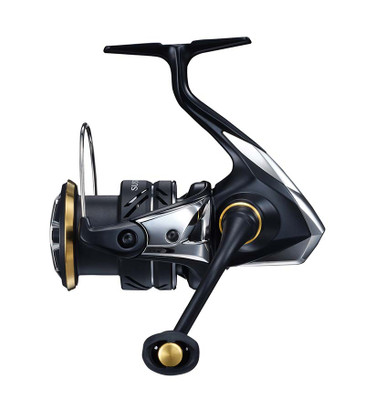 Strong yet sensitive aren't words typically defining an aesthetic show-stopper. But they do illustrate the newly-redesigned Sustain series of spinning reels built to conquer the toughest inshore or freshwater species. One of the strongest in the MagnumLite series of spinning reels, Shimano engineered the Sustain with a redesigned MagnumLite (MGL) Rotor for light start-up rotation and faster hooksets with increased sensitivity. The increased strength of an Aluminum HAGANE Body reduces reel flex when winding against hard-fighting game fish. Lighter than its predecessor, the Sustain now features Long Stroke Spool to provide anglers with improved casting distance. MicroModule II gearing combined with Shimano's HAGANE Gear and SilentDrive technologies offer anglers smooth reeling performance. Sure to turn heads and incite envy from other anglers, the Sustain provides anglers the sensitivity and quick hook-setting performance needed to hook and turn a fish in the heaviest of cover.