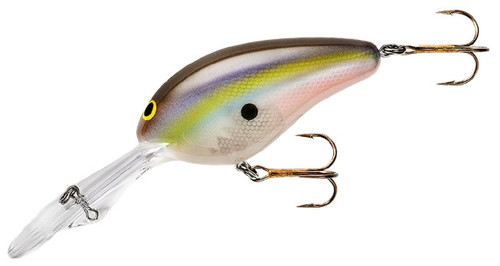 The Norman Heavy DD22 Crankbait provides anglers with a new deep diving crankbait that is engineered for longer casts and ultimately more time in the strike zone. Norman's original DD22 set the standard for deep-diving crankbaits with its ability to quickly reach its maximum diving depth. Taking the profile and attributes, the Heavy DD22 adds an additional 3/8 ounces of weight to increase casting distance and improve castability in the wind. Made of butyrate, the Norman Heavy DD22 produces a dull thud sound that offers big bass something different from the high pitch rattling common among newer crankbaits. After grabbing attention with rattle, the medium-wide wobble displayed by the Heavy DD22 will seal the deal.

The Norman Heavy DD22 Crankbait measures 3" in length and weighs 1oz with a diving depth of 11 - 17ft.