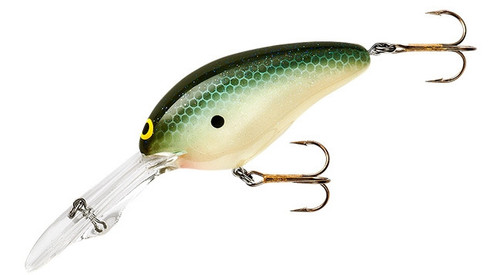 The Norman Silent DD22 Crankbait provides anglers with a stealthy deep diving crankbait that relies upon the action and vibrations in the water to attract bass into striking. Norman's original DD22 set the standard for deep-diving crankbaits with its ability to quickly reach its maximum diving depth and present a consistent hunting action. Identical to the original without the rattle, the Silent DD22 gives fishermen a new tool to target deep offshore bass with a more subtle approach. Like all lures, Norman's Silent DD22 Crankbait is just another tool to keep in your arsenal - it may sound crazy, but it's been proven that at times fish just won't eat a rattling crankbait as well as they will a silent one. When the bite gets tough, mix it up with the sneaky, stealthy Norman Silent DD22 deep diving crankbait.