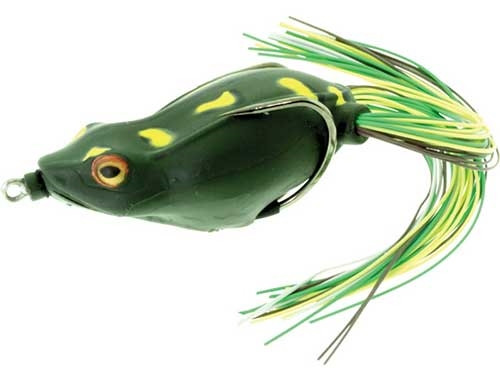 The new Bully Wa II Frog is a hollow body topwater frog lure that mimics amphibians, rats, mice and other forage options that bass feed upon atop the water's surface. The Bully Wa II is one of the most versatile hollow body frogs on the market. It can be fished across matted vegetation, in open water or skipped deep under obstructions such as docks and trees. Among anglers, the Bully Wa II is considered among the best walking frogs on the market - the keel design is perfect for getting the side-to-side walking action most bass fishermen are after.