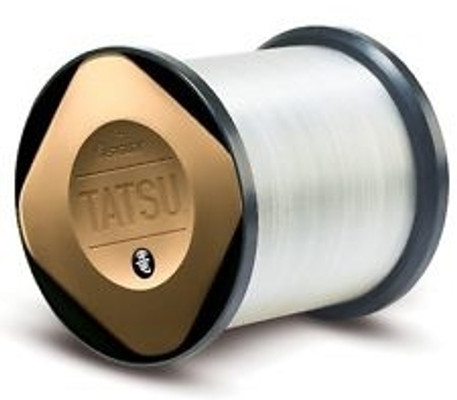 Seaguar Tatsu Fluorocarbon is a super sensitive and strong, yet virtually invisible fluorocarbon line designed for any fishing application that necessitates the use of fluorocarbon line. Tatsu has become a favorite among bass fishermen due to the incredibly tensile strength and durability under the most extreme conditions. Tatsu Fluorocarbon has afforded bass fishermen the ability to downsize their line choice without the fear of losing fish. Tatsu is the Japanese word for dragon. Throughout the centuries, the mythical, mighty dragon has been described as fierce, formidable, stealthy, and virtually indestructible.Like the flexible, lithe, and armored scales of a Dragon, Tatsu has a tough, but soft exterior, while hiding an inner strength incomparable to any other line on the planet. Tatsu is a Double Structure Fluorocarbon (DSF) line. Made with two custom, 100% Seaguar Fluorocarbon resins, extruded in one solid piece, Tatsu is simply the best of the very best in Seaguar lines. No other competitor can match Seaguar's proprietary extrusion process that releases the performance power of this uniquely structured line. Seaguar's strongest and softest line, Tatsu is the apex of Fluorocarbon. We offer Seaguar Tatsu Fluorocarbon 1000yd spools in eight sizes: 4lb, 6lb, 8lb, 10lb, 12lb, 15lb, 20lb and 25lb.