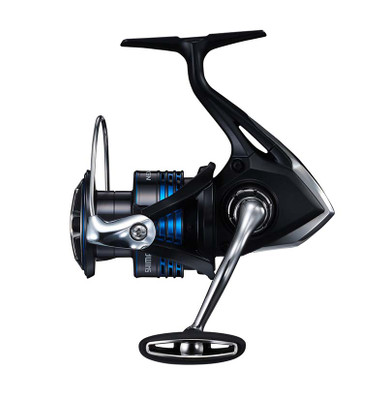 Shimano didn't just design the new Nexave series of spinning reels to look good in hand, engineers built Nexave reels with form and function — and with the same Shimano quality standards — to benefit anglers of all ages during their next fishing adventure. The newly-redesigned Nexave features Shimano's Propulsion Line Management System, a specially-designed angled spool lip, to provide anglers with longer and more accurate casts by allowing the line to leave the spool in smaller coils with less friction. The Nexave series also features Shimano's G-Free Body technology to benefit anglers with less fatigue and enhanced casting comfort by shifting the center of gravity closer to the angler's hand. Anglers pursuing their first fish or their next trophy will find the needed reeling performance in the Nexave series of spinning reels.