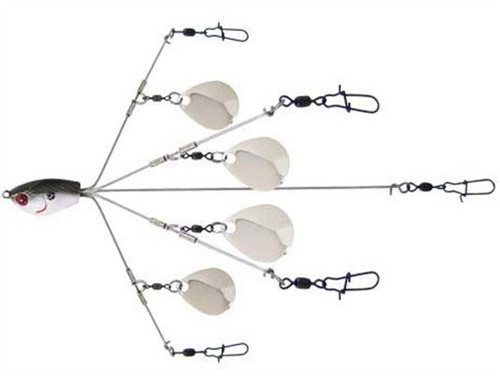 The Flash Mob Jr. is a five wire Alabama style lure that incorporates spinnerbait blades into the design to add flash simulating the natural luminescence of shad. More flash equals more fish. Yum's Yumbrella Rig was one of the most popular umbrella rigs ever created due to its quality components and construction that remained in perfect condition even after numerous fish and the inevitable snagging. The Flash Mob Jr. is an ultralight version of Yum's YUMbrella Flash Mob which still has all of the features that made the YUMbrella the leader in the category - supertough stainless steel, heat treated wire, strong snaps and swivels, but now can be thrown on any type of rod and reel.