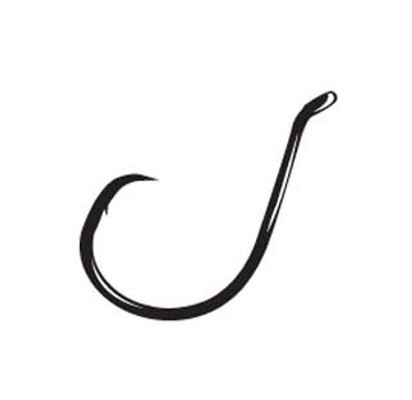 The circle hook style of the Octopus Hook is intended to decrease the chance of gut-hooking fishing. Like other circle hooks on the market, the Octopus Hooks has been proven to jaw-hook fish roughly 90% of the time which affords anglers ease of catch and release. The hangnail hook point included on the Octopus really effective at keeping the fish hooked once they bite, a benefit that will become evident over time. We offer the Gamaktasu Octopus Hook in five sizes: 4/0 - 8/0. Six hooks per pack.