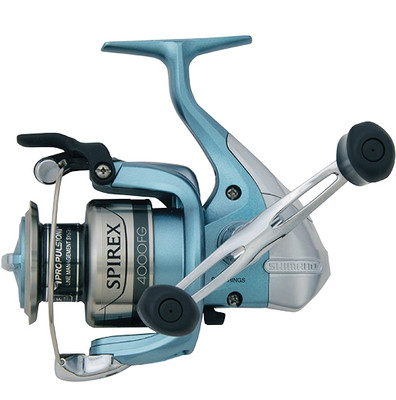 The Spirex FG is another high quality yet affordable spinning reel from Shimano. It features Quick Fire II technology where the line and trigger self-center and are within easy grasp of the angler's index finger allowing for easy, one-handed casts. The S A-RB bearings have been through the same process as our A-RB bearings, but feature shields on both sides of the bearings that reduce the possibility of salt or sand inhibiting the bearing's rotation. The Aluminum Cold Forge spools provide increased strength and durability over diecast aluminum or graphite spools.